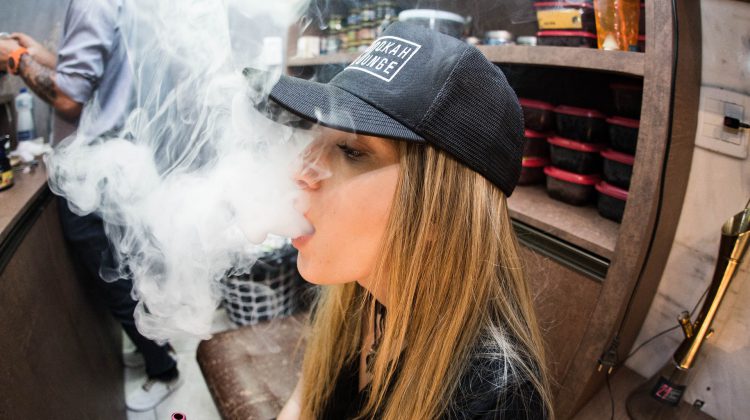 COTTAGE COUNTRY, ON – While banning vaping signage in stores is being considered a big step forward, an anti-smoking group believes more regulations are needed.

The Ontario government announced Friday that it is banning all advertisements for vape products in convenience stores and gas stations. The regulation comes into effect on January 1st, 2020.

Cindy Baker-Barill is a program manager with the Central East Tobacco Control Area Network. She said the advertisement ban is something the group had been pushing all levels of government for.

“It was an amazing feeling,” Baker-Barill said. “We have been working really hard to get this change to happen. In September the board of health voted to write both the provincial and federal governments to ban displays. They did it the very next week, so to see this response is very exciting.”

The program manager said it isn’t exactly time to celebrate though. According to Baker-Barill, advertising is just the tip of the iceberg when it comes to preventing youth from vaping.

She said next on the list to ban is all the flavours.

“They don’t need peanut butter and jam, and cotton candy,” Baker-Barill said. “Those flavours are not targeting adults who are trying to quit smoking. They are targeting youth.”

The program manager said that if someone is using a vape to quit smoking, they are likely trying to replicate the experience of smoking, and wouldn’t use exotic flavours.

Baker-Barill said she wasn’t sure how long it will take to get flavours banned, but since menthol cigarettes were banned countrywide, she has high hopes.

“I know both the provincial and federal governments are looking at the numbers of youth vaping very seriously,” Baker-Barill said. “We don’t want a new generation of people that smoke and vape.”

Youth vaping is being considered an epidemic by some medical officials. Baker-Barill said from 2017 to 2018, the rate of young people indulging in the practice was up 74 per cent. She added cigarette use amongst youth was up for the first time in decades, with vaping being the only reasonable cause.