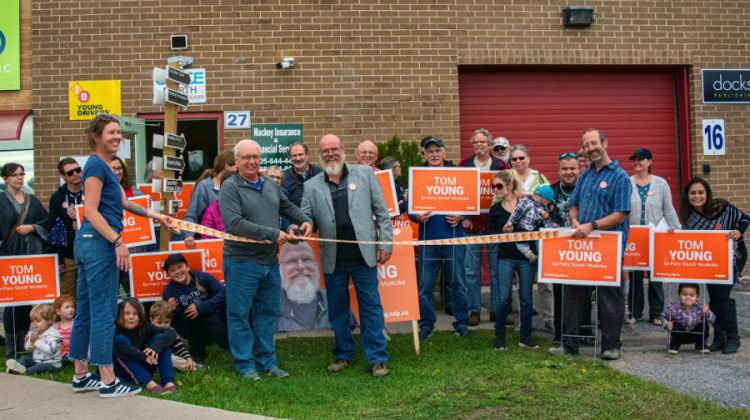 BRACEBRIDGE, ON – The local federal NDP candidate officially kicked off his campaign over the weekend.

Supporters picked up signs to support Young and were joined by the Canadian Labour Union leader Sid Ryan.

Ryan talked about the strength of the NDP platform and not leaving anyone behind. Climate change was the big topic of conversation as the party plans on tackling environmental issues.

Young said he loves the community and talked about why he fights so hard for it daily. He added things need to be done differently and new policies should be adopted.

A release from Young’s office said there is a need to build an economy that works better for more people.

“It is the only way to protect our air, land and water and take better care of each other,” the released said. “We need the courage to do what is right and Tom is ready to meet these challenges. If we want different results, we need to make different choices.”