Digital Poppy Not at Odds with Traditional Poppy – Bracebridge Legion 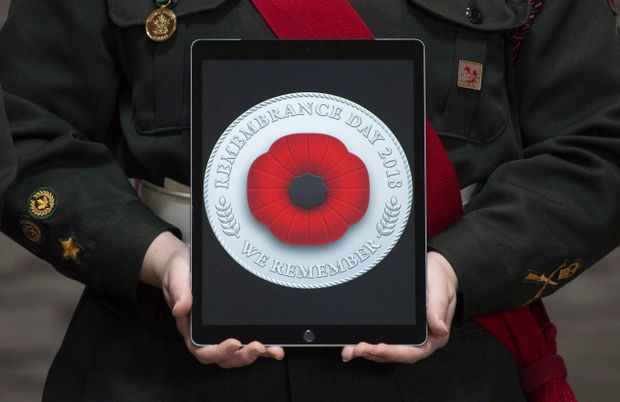 The new digital poppy is a way to remember online, those lost to war. (Royal Canadian Legion photo)

A new digital poppy is getting support from the Bracebridge Legion.

The Royal Canadian Legion has launched a new online fundraising initiative where a donation allows you to personalize and download an image of a poppy for sharing on social media.

Thom Forbes is the publicity manager for the Bracebridge Legion Branch 161 and he is all for the new way of remembering fallen Canadian military members.

“I think it is a great idea because you can put a relative’s name on the digital poppy,” says Forbes. “Personally, I have already done mine.”

He doesn’t think the online sales will hurt the traditional sale of poppies offered by members of the Legion across Canada.

“I’m hoping people will do both,” says Forbes. “I’ll certainly wear my poppy and I will be out for several hours offering them to people but also being able to post it on social media is a terrific idea.”

He says so far there has been no negative feedback from the rank and file members.

“Actually I haven’t heard one negative comment about it,” Forbes says. “When I put it on the Bracebridge Facebook page (on Friday) it had already been viewed something like 500 times, and people have been sharing it and clicking on the link to mypoppy.ca.”