TLDSB Educating Parents and Kids About Concussions Ahead of Hockey Season 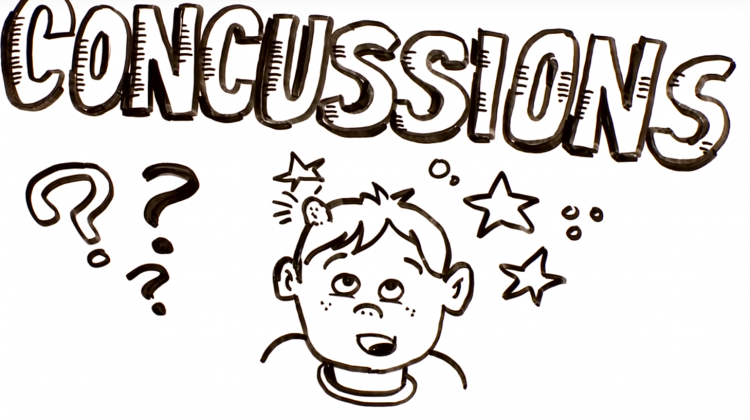 The school board is using a five-minute Youtube video to teach the realities of concussions.

The Trillium Lakelands District School Board posted the video to their Twitter today. It’s an animated short featuring a doctor explaining what concussions are and how to diagnose them. Dr. Mike Evans starts the video by explaining that concussions can be caused while playing sports.

A concussion happens when the brain hits the inside of the skull. According to Dr. Evans, some impacts can be hard enough to cause the brain to hit off the skull more than once. Symptoms of concussions are a headache, dizziness, confusion, blurry vision and sickness. Dr. Evans says that even feeling “weird” can be a symptom of a concussion. In some cases, that kind of head trauma can make you feel like your brain is in a fog, or make it difficult to concentrate. Sadness, anxiety or worrying more than you normally do can all be symptoms as well. Dr. Evans also says that you do not have to lose consciousness to be concussed, and in certain cases, you will lose memory of the thing that caused the concussion or even the entire day before the head trauma.

Dr. Evans suggests that there are three key things to remember about concussions. One is that you don’t want to make things worse, which Evans says can be avoided by following the return to activity concussion protocol. The second thing to remember is that each person’s recovery will vary, and Dr. Evans says that it is important to prepare for the worst, and hope for the best. Most concussion sufferers are recovered in four to six weeks. The third thing, Dr. Evans says is to communicate with those around you. He says that you need to tell your family, friends and doctors how you are feeling.

The full video can be found below.