FOWLER AND TRINITA PASS AWAY 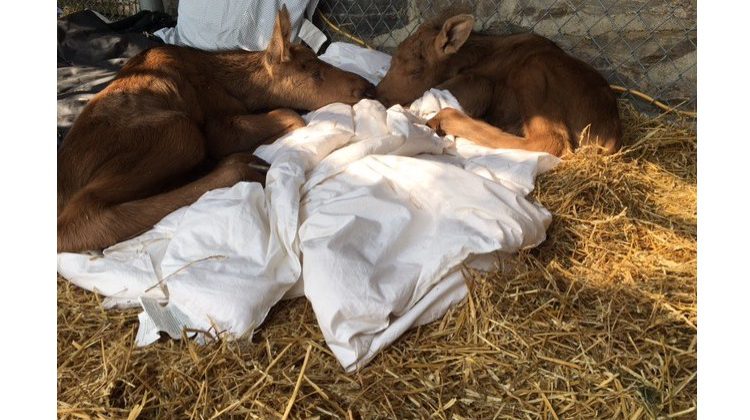 The moose calves rescued by Dr.Trinita at The Aspen Valley Wildlife Sanctuary both died in June. The twins were between two and three weeks old. Managing Director of The Aspen Valley Wildlife Sanctuary, Howard Smith says Trinita died first, Fowler passed away almost two weeks later. The exact cause is still being determined but is believed to be a bacterial infection. Smith says the calves are being examined at the Ontario veterinary college at The University of Guelph. He says it all happened so quickly:

Smith says Fowler and Trinita had a weak immune system:

Aspen Valley Wildlife Sanctuary and Fowler Construction excavated the mother moose out of a roadside swamp on Muskoka Road 3 in Rosseau in mid-May. Due to her injuries, the sanctuary was unable to save the mother but had been caring for her twins.