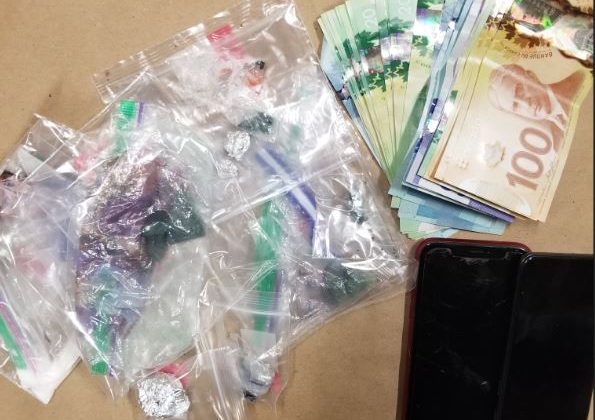 Drug charges have been laid against a pair of individuals following a traffic complaint.

Huntsville OPP says on September 25, around 4:15 p.m., officers responded to reports of a car driving erratically on Highway 11.

Following a traffic stop and an investigation, police arrested the driver and passenger – who now face multiple drug-related charges.

Police say the driver was taken to the Huntsville detachment, where they had to submit to testing by a Drug Recognition Expert.

Meanwhile, the vehicle was taken to the detachment as well to be examined by the Muskoka Community Street Crime Unit.

OPP say the street value of the seized property is approximately $16,000.

Police have arrested the driver, 29-year old Cody Brownlee of Gravenhurst with failure to stop for police as well as multiple drug charges including possession and trafficking.

He has also had his license suspended for 90 days.

Brownlee has been released on an Undertaking to appear in court in Huntsville on November 25.

Meanwhile, Shea has been held for bail at the Ontario Court of Justice in the Town of Newmarket.