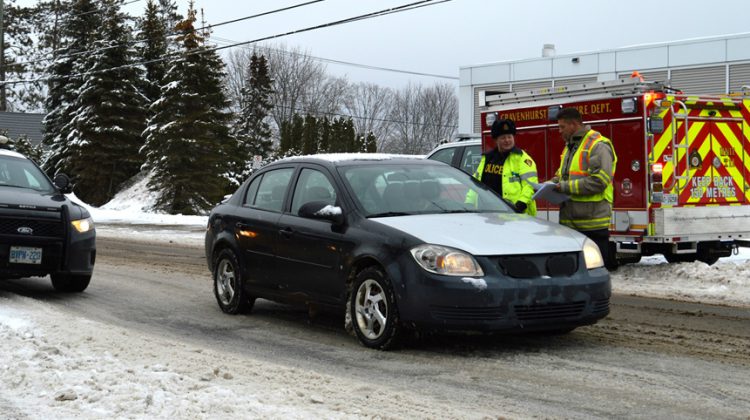 Gravenhurst, ON – Firefighters and EMS members will be joining police in Gravenhurst to help with RIDE spot checks.

According to OPP, the other emergency services see the tragedy impaired driving causes first hand and want to do their part to reduce the number of intoxicated drivers on the roads.

“We want to show solidarity with our brothers and sisters in blue that this is not acceptable here,” Gravenhurst Fire Chief Larry Brassard said. “Our firefighters would far rather invest our time in spreading the message of safety than putting their rescue skills into action, so this is a way we can do just that.”

Police said impaired driving, including from drug use, is a serious problem in Muskoka. There have been 136 impaired charges laid by Bracebridge OPP so far this year.

“Our officers will be out in force, as usual, this festive season, and no one should be surprised that we’ll be setting up R.I.D.E. Spot Checks morning, noon or night,” Constable Samantha Bigley of the Bracebridge Detachment of the OPP said. “Having the other first responders join us, sends a strong visual message of unity that we’re all committed to keeping our communities safe.”