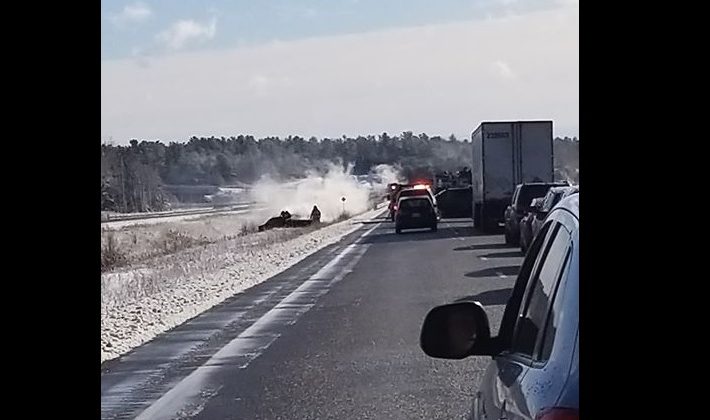 PARRY SOUND, ON- Southbound drivers on Highway 400 are going to hit a blockage near Highway 559.

Motorist Heather Elizabeth has told the MyParrySoundNow.com newsroom that the southbound lanes of the route are all closed just south of the Highway 559 interchange due to a vehicle fire.

The fire is confined to one car that is off the shoulder in the middle of the highway. Police officers, firefighters and the ambulance service have all responded to the scene.

One man is believed to have been arrested, though it remains unclear why.

It remains unclear if there have been any injuries from the incident as of this report.