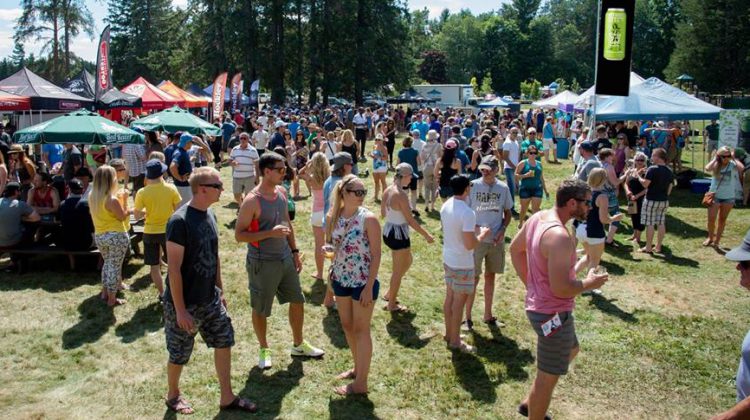 BRACEBRIDGE, ON – It’s the day beer connoisseurs around Muskoka have been waiting for all year.

Session Muskoka Taps Craft Beer Festival is the longest-running craft beer festival in the area as it enters its 11th year.

Seamus Saunders is the event logistics coordinator with Tap Media. The company took over the event last year and Saunders said they had to outdo themselves.

“We are running a brewing award tent with some gold-medal-winning beers,” Saunders said. “Actually the brewery of the year Clifford Brewing out of Hamilton, we have some of their beers pouring. There’ll be some new beers that people haven’t tried.”

Saunders added aside from the beer tent, he is excited to provide a way for beer drinkers to ease their bodies and minds.

“This year we have Zen Yoga going beer yoga for us,” Saunders said. “So hold your beer in different poses and get relaxed while drinking some beers.”

The day gets started at 1 p.m. on Saturday, August 3rd at Annie Williams Park in Bracebridge and will wrap up at 8 p.m.

Tickets are $30 for those who preorder them and will go up to $40 at the door.