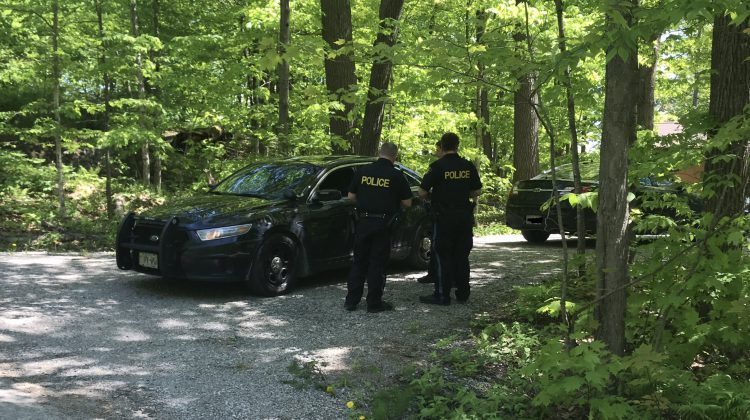 Bracebridge OPP officers are shown near the scene of the incident at Spence Lake on June 7th, 2019. Photo by Doug Crosse/MyMuskokaNow.com staff.

BRACEBRIDGE, ON- A man is dead after falling off a dock on Friday.

First responders were called to the northwest shore of Spence Lake shortly before 2:00 p.m. on Friday after a man had gone into the water, close to the end of Spence Lake Drive.

At the time, Bracebridge OPP said the man was rescued from the water, and taken to hospital.

On Monday, the detachment confirmed that the man had passed away after falling into the lake from a dock in the area, near his boat.

A post-mortem will be done to determine cause of death, and the investigation into what took place is not criminal.