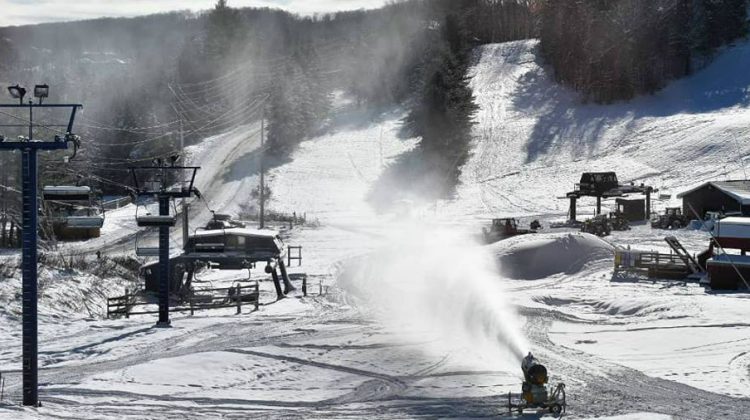 It has been an early start to winter.

But believe it or not, despite all the snow and cold temperatures, Hidden Valley Highlands Ski Area in Huntsville does not open for another few weeks.

The resort normally doesn’t start until mid-December most years, but the wintry blast of the past two weeks has been a huge help to building the base and getting ready to groom the 14 runs.

“It’s been a fantastic start,” says Andrew Rusynk, general manager of Hidden Valley. “We’ve got a lot of production of good snowmaking in a short period of time.”

Despite the amount of snow that has fallen, what really helps is consistently cold temperatures.

“The natural snow has been nice, but it has been very light fluffy snow which is horrible for a base,” he explains. “But one of the weird things we have been struggling with this year is it became cold so quickly, and the snow fell so that the snow is insulating the warm ground so we are not getting a lot of frost into the ground.”

Rusynk says the biting cold of the last couple of days will help lay some frost into the ground.

“We’re fortunate to get some good natural snow up here in Huntsville, but it’s easier to rely on the man-made snow to guarantee we have good conditions for Christmas time,” he says.

To that end they will pump nearly a million gallons of lake water onto the hills, creating piles of snow called whales. Grooming equipment then moves that snow around to where it is needed, with features such as moguls and ramps built up as well.

The hope with the early jump on the snowmaking is the season will extend well into March, which isn’t always the case.

Rusynk says if the good, cold conditions continue they may look to open slightly earlier around December 9th.