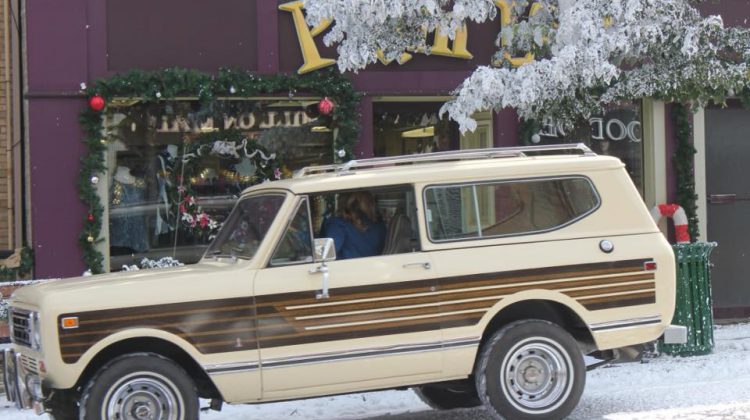 The Town of Huntsville says there are no plans to ban a certain foam used as fake snow.

Recently, North Bay council decided to ban the use of Phos-Chek WD 881 Class A Foam concentrate.

Although it’s a chemical designed for firefighting it can be used by filmmakers to create a wintry landscape. It’s the same stuff that was used during filming of A Veteran’s Christmas in Huntsville back in September for the Hallmark Channel.

The ban in North Bay came about after some of the foam burned vegetation on the waterfront and the city decided to look into the chemical. Former Huntsville mayoral candidate Peggy Peterson has raised concerns with town hall on if the foam has contaminated the Muskoka Watershed.

Peterson outlined those issues in an email sent to the town and to local media. However, Denise Corry, the Town of Huntsville’s Chief Administrative Officer, said the town is certain the product is safe and biodegradable.

“We’re quite confident in the statement the company that makes it has put out,” she told MyMuskokaNow.com.

Phos-Chek WD 881 is made by Perimeter Solutions. In an email, company spokesperson Mark Campbell told Greg Pilling, Huntsville’s Manager of Sales & Customer Service, that the foam is “practically non-toxic” after dilution.  He also pointed out in the email that the product has passed numerous environmental tests.

The town was assured the foam was non-toxic by the production company but reached out to Perimeter Solutions for a formal comment. With that, Corry says town staff has received no direction from council to pursue banning future use of the foam. She added that to her knowledge, no one else except Peterson has raised the issue with Town Hall.

When it comes to the impact of film production in Huntsville Corry said she believes the exposure the town gets is the most important thing, but that there is also a big economic effect. Corry said around $40,000 in accommodations was spent during the roughly week-long movie shoot.