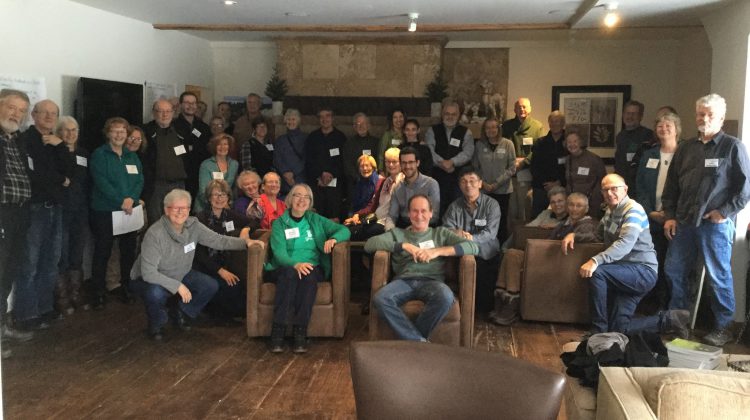 Arleigh Luckett has been elected President of the Parry Sound-Muskoka Green Party of Ontario.

Their annual general meeting and appreciation day was last Saturday at the Pine Inn Lodge in Port Sydney. While the event was an opportunity to show appreciation to volunteers, donors and supporters, the 46 in attendance also recognized the contributions of outgoing Constituency Association President Stan Hunter and CFO Derek Berkhout each stepping aside after many years of service.

“People who are interested in knowing more about the Green Party, what it stands for and the kind of alternatives it stands for in contrast with our current government in Ontario, should get in touch with the Parry Sound-Muskoka Green Party,” Luckett said.

Luckett noted that since the provincial election interest in the CA’s Facebook page has remained high. More people have joined the Parry Sound-Muskoka Greens and additional volunteers have come forward to serve on the executive. These are signs of growing support for Green Party policies and concern about the actions of the Ford government in it’s first few months, she said.

In his remarks, Richter emphasized the campaign had been a team effort. He spoke of the impact of having the first Green MPP and the work Mike Schreiner is doing to give a face to not only the environmental benefits but also the economic rewards of a cleaner greener Ontario.

Richter said he wanted supporters to know that all their hard work was worth it and though he had not won this time, the campaign here was noticed elsewhere in the province had contributed to the success of the campaign in Guelph.

In focus groups, participants discussed the urgency of continuing to advocate for clean energy, a greener economy and social responsibility.

They brainstormed ideas for reaching out to the community with information, inspiring and facilitating younger people to become actively involved and working to mitigate climate change starting in our own communities. Judging by the energy at this AGM, we will be hearing more from our local Greens.