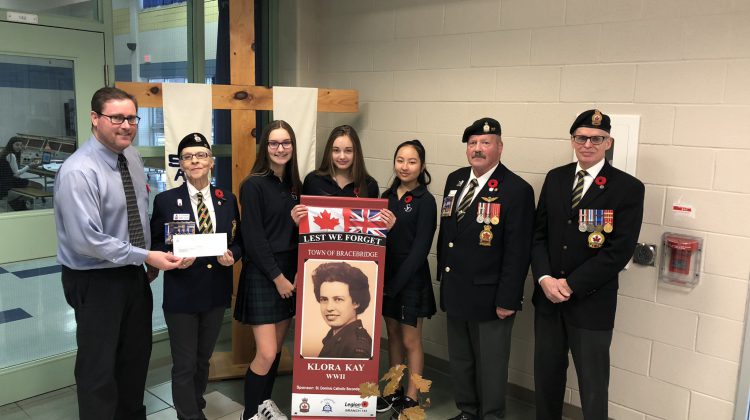 As Remembrance Day nears, the students wanted to find a special way to say thank you to the Canadians who fought for our freedom.

Student representative Carly Leal says the idea for a fundraiser came from a discussion during her Civics class.

“We were given the opportunity to create a fundraiser,” says Leal. “Since Remembrance Day is approaching, we decided to raise money and awareness for our veterans and donate the money to the legion.”

The Leal and her peers had a goal to raise $500 for Bracebridge Legion Branch 161. They beat that goal by $60.

Fellow fundraising organizer Natalia Ricci says the student body was very receptive to the idea of this special fundraiser.

Leal says the red and black was a way to symbolize the iconic colours of Remembrance Day.

The money will be put with funds collected by poppy sales to help pay for vital services and programs geared towards Canada’s veterans.