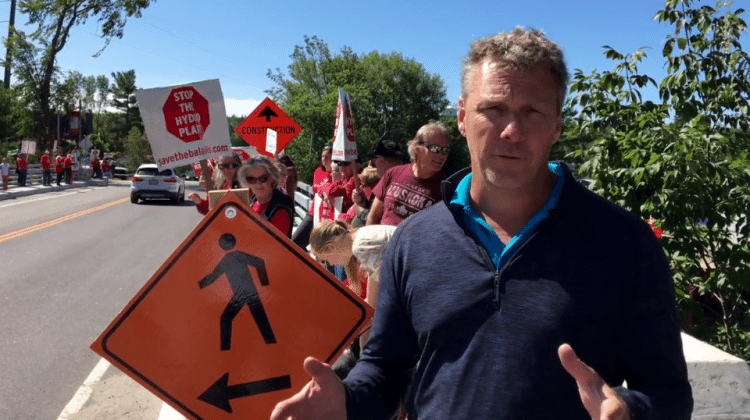 Muskoka Lakes will have a new mayor at the helm when the new term starts.

District Councillor Phil Harding is getting an upgrade after unofficially winning the mayoral race against incumbent Don Furniss and Terry Ledger with 5,324 votes.

Harding says he’s ready to hit the ground running when he takes his new seat.

“I need to have a meeting with senior staff,” says Harding. “I want our staff to start to be as creative as they can with our budgets, with our operation to make sure that we work smarter not harder.”

He’ll be joined by some familiar faces with Ruth Nishikawa and Allen Edwards continuing in their roles as district councillors. However, there are a lot of new members joining council including Frank Jaglowitz rounding out district representation. Donelda Hayes will continue as councillor of Ward 1 and will be joined by newcomer Glen Zavitz. Ward 2 will be helmed by Susan Mazan and Gordon Roberts and Barb Bridgeman and Peter Kelley will represent Ward 3.

Harding says this new council represents a shift in what the voters want for Muskoka Lakes.

“The best part about the new council is the public have realized that they’re independent thinkers,” says Harding. “We truly are going to be working collectively for Muskoka as a first. There [are] no individual opinions that are around that table.”