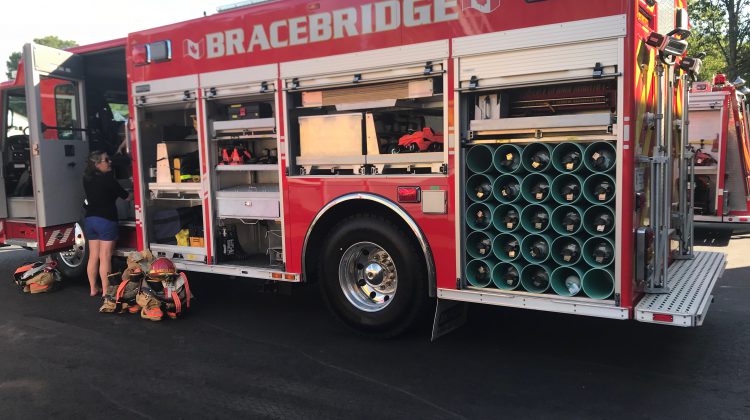 Thousands of smoke alarms in Muskoka are coming to the end of their lives, and that’s causing a problem with false calls.

In 2006 the Ontario government brought in a law requiring smoke alarms on every floor of a home as well as outside every sleeping area. Fire departments are now getting a rash of higher than normal false calls from smoke and carbon monoxide alarms that are past their expiry dates. Smoke alarms typically have an expiry date of 10 years.

Fire Prevention Officer for Bracebridge Mike Peake says the department is asking people to look at their smoke alarms carefully. A lot of models have different coloured light codes advising when a unit is simply on low power, versus at the end of its useful life.

“I see that people are not changing them on time or not changing the battery twice a year,” agrees Peake. “So it’s either the beep of a low or dead battery or it’s the beep saying that it is the end of life.”

“Without looking at the manufacturer’s recommendations to see why it’s beeping and why those beeps are taking place then they call the fire department so we are responding to a lot of false alarms that way.”

Peake says cleaning the unit regularly and changing it out when the manufacturer recommends is the safest course of action.

“It will diminish and not work properly a lot quicker than if it was maintained,” offers Peake. “So vacuuming it off, keeping the dust away. A lot of times there is an eye inside them or some sort of detection and they get a lot of dust and particles on them which will also diminish the life of the smoke alarm.”

Whatever the reason, false alarm calls can be costly and a big time waster for the largely volunteer fire departments in the area.

“We are seeing a trend, especially across the Muskoka area . . . of a large number of calls being attributed to smoke alarms that are either at the end of the life or have a dead battery,” he confirms. It is recommended that smoke alarms and carbon monoxide alarms be cleaned twice a year when the time change occurs, and have their batteries changed at that time as well.