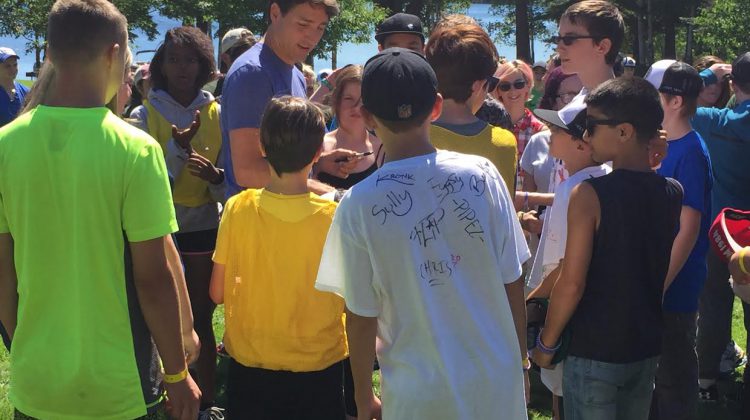 Prime Minister Justin Trudeau visited the Parry Sound area today.   He stopped by to see the kids at the Tim Horton Memorial Camp in McDougall.

Trudeau told the campers that he had an awesome experience going to camp as a child. Trudeau also used to be a camp counsellor. He says as a counsellor, he learned skills that still serve him today including leadership, listening, working together, connecting and inspiring. Trudeau then joined the kids for a canoe ride on Lorimer Lake which included a game of “What Time Is It Mr.Wolf?”

Jonah Hart, a 14-year-old from St.John’s, Newfoundland, had the chance to ride in the canoe with Trudeau. Hart calls it his number one experience at camp. He says he had a little conversation with the Prime Minister.

Trudeau spent some more time in the area after visiting the camp. He attended the Dock 2018 (un)Conference– an open-air, closed-to-media gathering of Canadian and US-based tech and business leaders that takes place at an undisclosed location each year in the Muskoka region.