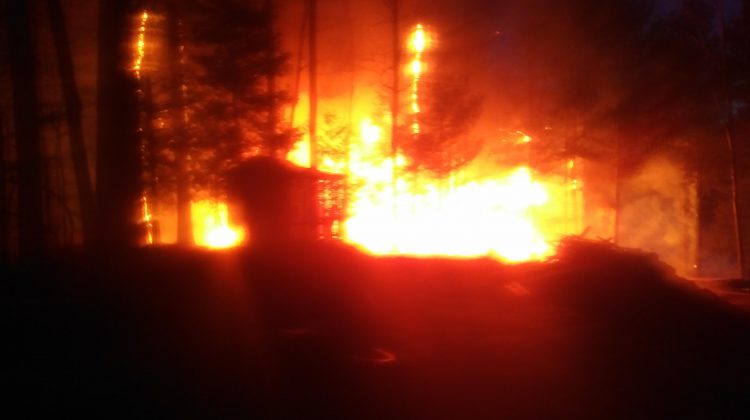 The damage from a destroyed boat house is estimated to cost about $1.4 million. Photo submitted by Muskoka Lakes Fire Department

Muskoka firefighters are being credited for stopping a million-dollar blaze from spreading.

Crews from Muskoka Lakes Fire Department were called to Mortimer’s Point Road Sunday night after a newly built boathouse caught fire. Firefighters brought the blaze under control before it could spread to two nearby buildings. The cost of damages is estimated to be about $1.4 million. No injuries were reported.

Officials don’t believe the cause of the fire was suspicious, but will still investigate.