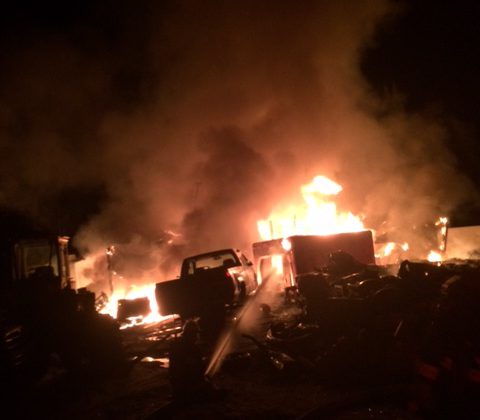 An auto-parts recycling building is gone after a massive fire in Huntsville.

Huntsville/Lake of Bays Fire Department was called out to the fire on Aspdin Road early Saturday morning. Firefighters had to call in help from Lake of Bays and Port Sydney due to the size of the fire. Crews were able to control and eventually put out the fire, but the building was destroyed. An investigation is underway into the cause of the fire.

Officials say this came after firefighters were called out to multiple downed lines and false smoke alarms when high winds caused major outages across the district.