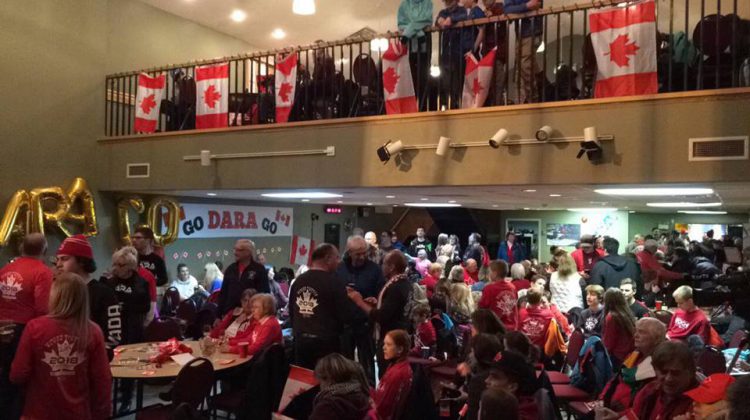 The parents of a Muskoka Olympian say they’re feeling humble and proud.

Doug Howell and his wife travelled with Dara to Pyeonchang as the Olympic gold medalist prepared for round two in Slopestyle Skiing. Howell says it was a long road for Dara.

Dara finished 21st during the qualifier on Friday after her ski fell off. Her father says, while her first run wasn’t great, the second was going very well until she got to her third jump.

But, Dara’s Olympic spirit hasn’t been doused as the 23-year-old told reporters afterwards that she had four years to prepare for her next shot at the Winter Games.

And Dowell won’t be alone on her journey as Muskokans continue to rally behind her. Her father says the entire family is very humbled by the support Dara continues to receive from her hometown.

On Friday, Hundreds of locals gathered at Hidden Valley Highlands to cheer Dara on.