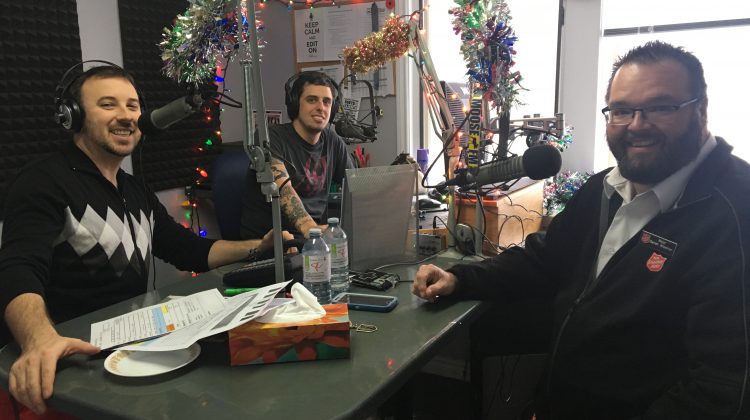 Anyone who needs help putting dinner on the table this holiday season has some options. The Salvation Army and Moose FM teamed up on Friday for the annual Kids Christmas Wish Radiothon, broadcasting live on the air for 12 straight hours in an effort to raise money for the charity. All tolled, today’s radiothon raised $41,217 for our local branch of the Salvation Army.

Salvation Army Major Darren Wiseman says those funds are going directly back into the community.

He says although they just had the Project Porchlight food drive this week, they always run out and donations from today’s radiothon will go towards buying whatever is needed. He says they also help with utility bills to make sure nobody is cold over the winter season.

Wiseman encourages anyone who might be struggling this time of year to get in touch with the Salvation Army.

Friday’s radiothon is part of a larger initiative by Moose FM’s parent company Vista Radio, which tries to raise a million dollars for a variety of different charities across Canada in one week.