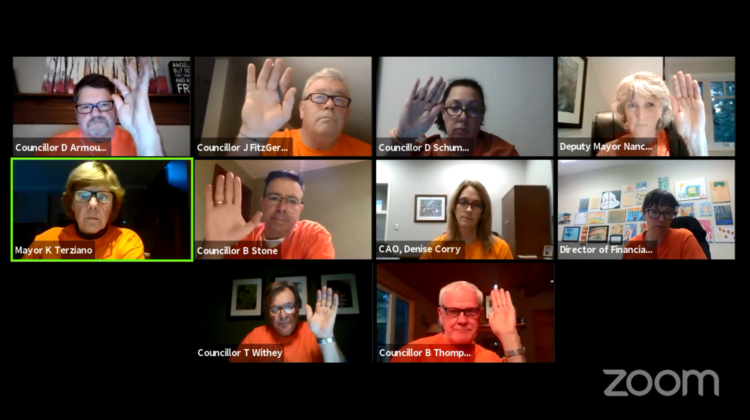 Huntsville Town Councillors approved up to $70,000 in funding for a joint project with Muskoka Lakes to modernize the accounting systems of both municipalities.

According to Huntsville’s Director of Financial Services and Treasurer Julia McKenzie, the town has not changed its software since 2009.

“We just want to make sure that we’re being more efficient and making sure we’ve got the most up to date software,” McKenzie told council. “It’s used quite a bit and it’s used by pretty much everybody in the corporation that’s using financial information.”

The joint project includes purchasing new software and converting existing accounting data to new formats for both municipalities, and the hiring of a project manager to oversee the efforts. It comes as part of the second round of a $125-million provincial program to modernize small or rural municipalities.

Councillors, each wearing an orange shirt in recognition of the Day of Truth and Reconciliation, unanimously passed the resolution, with the exception of Councillor Jonathan Wiebe, who was absent from the meeting. Muskoka Lakes Council passed a similar resolution at its September meeting.

According to McKenzie, more efficient software would save time and money that would be better used somewhere else. She says the next step for the two municipalities is to hire a project manager and put out a request for proposals.