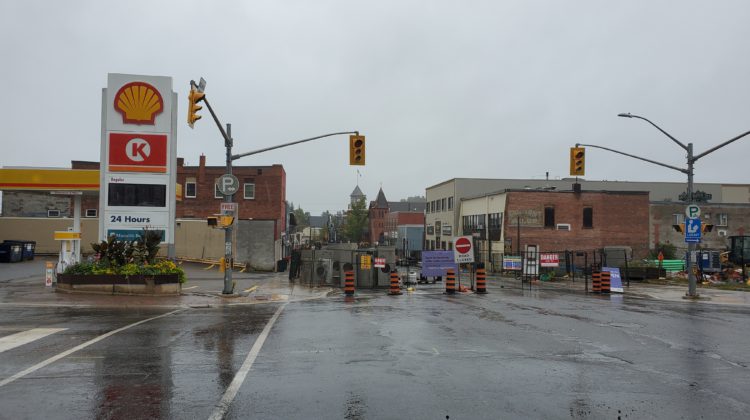 The corner of Main St. and Centre St. in Huntsville during an outage (Photo taken by Martin Halek)

The outage which knocked out power for downtown Huntsville and much of the surrounding area was caused by a pole fire.

According to Hydro One’s Alicia Sayers, about 7,800 customers in and around Huntsville lost power early Wednesday morning and had it restored at around 11:30 a.m. by rerouting around the damaged pole.

Sayers says the outage was caused by an insulator failing, which resulted in a pole catching on fire. It was not related to the extreme weather, she says, although Hydro One is keeping an eye on weather conditions in case problems do arise.