Joy Jarvis diving into her tenth annual Swim for Hospice 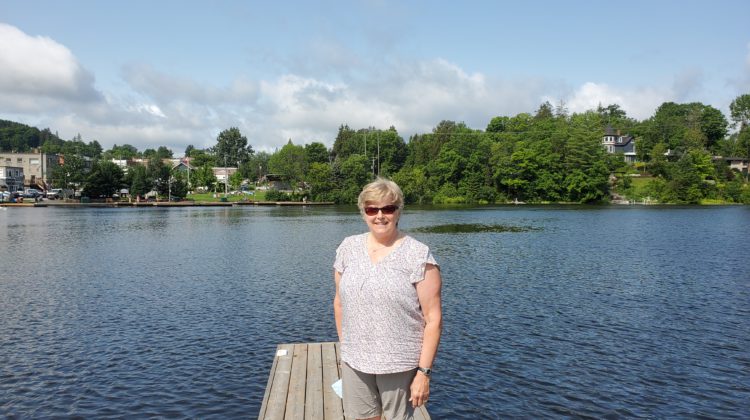 Huntsville resident Joy Jarvis is swimming for Hospice Huntsville for her tenth year in a row.

Swim for Hospice is an annual summer fundraiser for Hospice Huntsville, which involves people creating their own swim to raise money and awareness for hospice care in the area. Jarvis says she’s been swimming long distance for 26 years, and approached the non-profit ten years ago when the fundraiser was just getting started.

“That’s when it was just starting,” says Jarvis. “I wanted to help them [with] fundraising and get things going, and here we are ten years later.”

This year, Jarvis is upping the ante with a 12 kilometre swim from Huntsville Town Dock to around Centreview Island in Lake Vernon and back. Last year, Jarvis raised more than $2,300 for hospice care with a nine kilometre swim. The year before, an anonymous donor matched contributions to Jarvis’ pledge, helping her raise close to $5,000.

Melissa Polischuk of Hospice Huntsville says that you don’t have to be a long distance swimmer to help.

“Anybody can join in, raise awareness and funds,” says Polischuk. “Whether you’re swimming in your lake, in your pool, jumping in the river.”

According to Polischuk, the organization is hoping to raise $20,000 across all swims before September 6. The money will go towards operating Hospice Huntsville’s long-term care facilities, as well as funding equipment and support programs.

Jarvis says the swims can get tough at times, but she gets to the finish by thinking of why she’s doing it.

“I think [of] who I’m doing it for, I think there’s some satisfaction in doing it for Hospice,” says Jarvis. “The support in the community and with Hospice that I get, it gives me that extra push and that drive.”

She says she doesn’t plan to stop anytime soon.

“As long as I can, as long as I’m able to help Hospice out, I’ll be swimming,” she says.