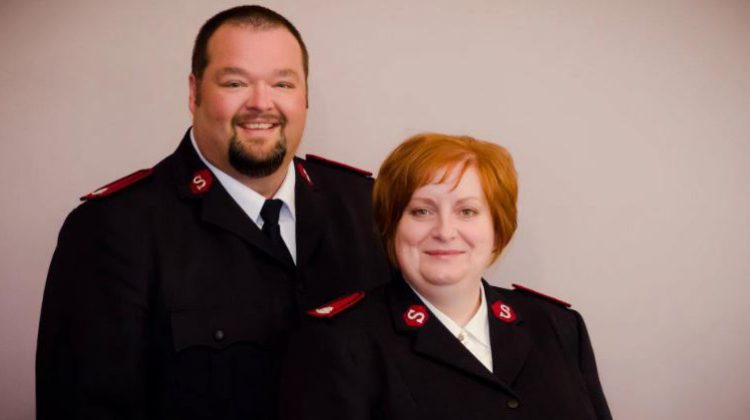 The faces of Huntsville’s Salvation Army are saying their goodbyes.

After seven years in the community, Majors Suzann and Darren Wiseman are heading east to take over the organization’s affiliate in Cornwall.

In their time with the Salvation Army, the two have touched many lives through the church and have left their mark on Huntsville.

In an interview with MyMuskokaNow, Darren says he’s overwhelmingly grateful for the time he’s had here.

“The staff that I worked with over the past seven years has been great – and they’ve been wonderful. I want to thank the community for their support over the last seven years and have really made our lives a joy. And I want to, of course, thank the Moose for all they’ve done for us.”

Darren adds that there have been so many fun-filled memories they’ve been able to be involved in, from Moose FM’s Radiothon to Christmas Kettle campaigns, to food drives and many others.

As for his all-time favourite Huntsville memory, Wiseman says there are too many to choose from.

“Just the way people really embraced us, to see the love the people have for each other and how much they care for each other. I really think about those who I’ve lost since I’ve been here, and of course, the people who come to our church are very special to me.”

The new Major will be taking over the Huntsville location in the coming days.

The Wiseman’s will officially be leaving for Cornwall on Sunday.