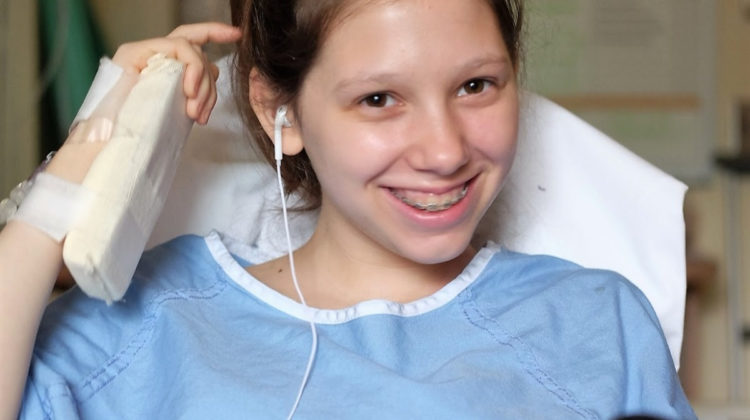 MUSKOKA, ON-Over $10,000 has been raised by Muskoka residents to help cover a young cancer patients’ medical expenses and achieve her bucket list.

14-year-old Rosalie has an aggressive tumour in her left upper arm, which has also grown in her lungs.

After rounds of chemotherapy, doctors note that it’s incurable.

Despite that, her family has set up a fundraiser to allow Rosalie to have different experiences.

Emma Lacrampe-Couloume, sister of Rosalie, said that her sister is fiercely stubborn, shy around strangers but loud and vivacious with her family and friends.

She describes her sister as hilarious, often silly and has known her since she was born alongside her twin Ivan.

It was this past April that Rosalie was diagnosed with osteosarcoma and at the end of April, she had an extensive 14-hour operation to remove the tumour in her arm.

She then began her chemotherapy shortly after.

Doctors are not able to predict exactly how much time she has left to live, but gave an estimation of 12 months.

With this fundraiser, Rosalie expressed her desire to do normal things, like spending time with family, take little trips, do fun things and read the books she enjoys.

“Rosalie won’t get to have a sweet sixteen, or a high school graduation, or a 30-year birthday bash. We know we can’t pack a lifetime into a few months, but we can try our best to make her time as easy and as enjoyable as possible.”

If you would like to help this family and Rosalie, visit their GoFundMe page here.