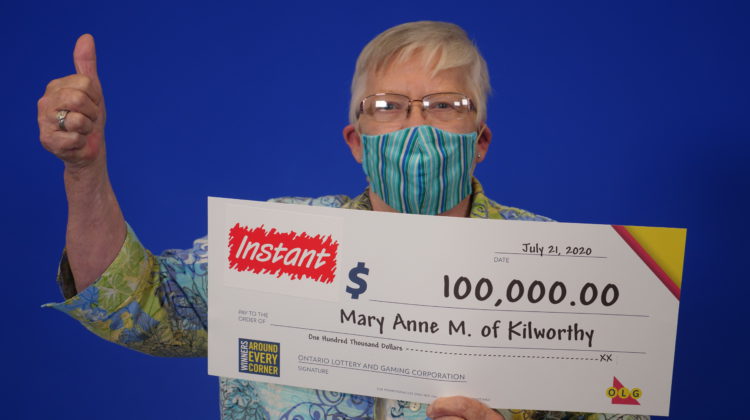 78-year-old retiree Mary Anne was at home on her deck, playing her instant Boom when she matched the number 56.

“I started to reveal the prize, and I thought it was for $10, then $100, and then I saw the remaining zeros. I pulled out my phone and checked my ticket on the OLG Lottery Appr, and then I started crying!” said Anne.

Anne said she will pay her bills and wants to share her winning with her family.

“My family insists that this money should be saved to ensure my financial future. I’m so happy, it’s an overwhelming experience.”

The ticket was purchased at Terry’s Independent Grocer in Gravenhurst.