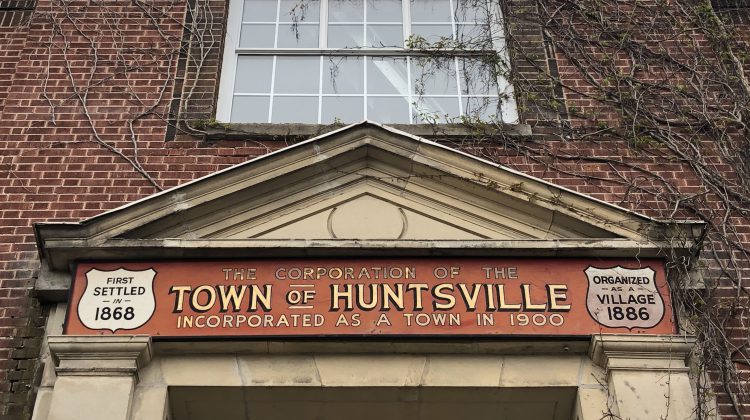 The exterior of Huntsville's town hall is shown on June 5th, 2019. Photo by James Wood/MyMuskokaNow.com staff.

HUNTSVILLE, ON- A massive clean up could be launched in Huntsville in the near future.

At the last meeting of Huntsville town council, the municipal officials were presented with a report after requesting town staff to look into a broader clean up of the community. That request had come after a discussion about cleaning up the flood-prone areas.

The report indicated that Huntsville had a community-wide cleanup program back in 2001, originally aimed at removing garbage and debris from roadsides, parks, and neighbourhoods in town. It was known as the “Greening of Huntsville” and done in the spring for a “number of years”.

Town staff coordinated hundreds of volunteers and students in the clean up, with donations of goods and services coming from local businesses.

“Specific events like a community garage exchange (place unused/unwanted items at the end of a driveway), e-waste drop off, school poster contest, expanded parks clean-up, scrap metal pick-up and a Mayor’s property beautification contest were held over the course of the months of April and May,” read the report.

“Another related component was the provision of a free landfill visit coupon (covered tipping fees) that could be used over a two week period during these months.”

The window for a similar effort would be this spring, and the cost of the program would be added to the operating budget for 2020. Staff had asked council for direction in May.

“Council could consider taking a similar approach to that used to assist those owners of residential flooded properties, which was the issuance of a landfill voucher to permit refuse to be taken to the landfill by the property owner,” read the report.

“Staff have completed some preliminary research in this regard. It would appear that there are 9428 residentially assessed properties within the Town. If the program is based on a pickup truck load of waste, there is an assumption of a half tonne of waste which would cost approximately $95. In contrast, the cost of an extra bag of garbage beyond the allowable limit is currently $5 per bag.”

If all residential properties in town participated in the program, it would cost $895,660 for pick-up loads of waste to be taken away. The cost for three bags of refuse would be $141,420.

The costs drop down from there.

Staff outlined three options for council to possibly choose from for the program.

They could go with the community-wide effort to be paid for with operating money, or a limited cleanup with vouchers being offered to willing homeowners for either a pickup-truck load of waste or three bags of refuse.

The voucher option would come from capital reserves.

A firm decision on what to do has not yet been made by council, who accepted it for information in May.

The next council meeting will be held on June 12th.