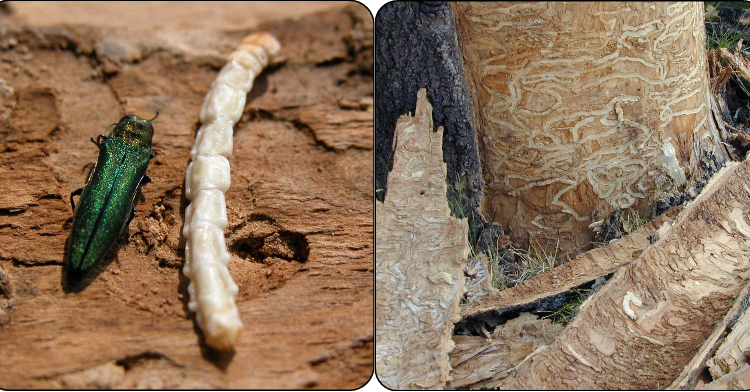 Photos of an emerald ash borer, its larva, and the damage it causes (Ontario.ca)

The emerald ash borer has made its way to Muskoka.

That’s what councillors were told in Bracebridge at its most recent general committee meeting. The bugs were found in Muskoka Conservancy traps in Golden Beach Road in Bracebridge and Sopher’s Landing in Gravenhurst.

The insect is an invasive species from Asia that tends to have devastating effects on the ash trees in the areas it settles in. Its larvae eat tunnels in the trees under the bark, eventually killing them.

This is the first time the emerald ash borer has been confirmed in Muskoka. The Bracebridge Environmental Committee is coming up with a plan with the Conservancy to combat the problem.