No charges in Lions’ Lookout crash 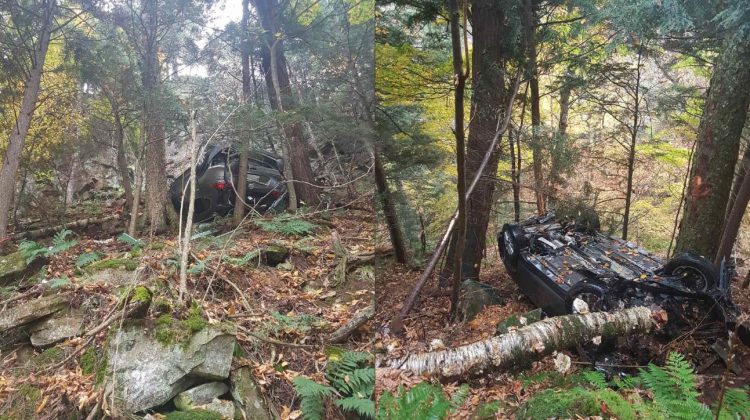 No charges have been laid after a crash that took an SUV over Lions’ Lookout.

Emergency crews responded to the crash just after 8:30am Monday morning. The Huntsville OPP says the SUV had driven over the edge of the lookout and fell roughly 38 meters, or 128 feet, before landing on its roof.

There were two people, a man and a woman, inside. The man, who was driving, had minor injuries.  The woman had to be taken to a Toronto-area hospital with non-life threatening injuries. The OPP says they were tourists from out of the country.