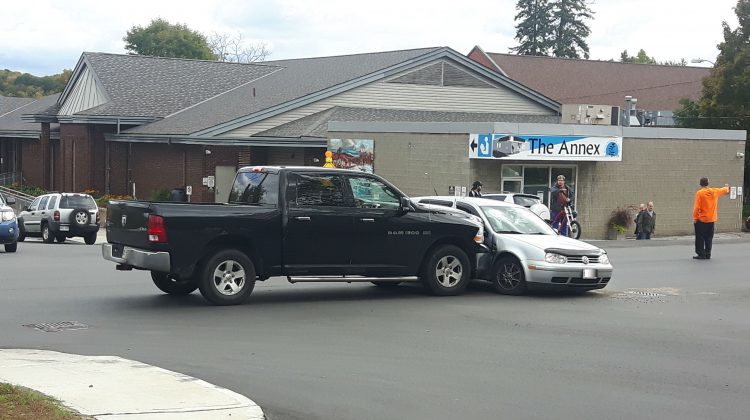 Update – Traffic back to normal at the intersection of Minerva and Centre Streets.

Traffic is already under pressure from the downtown filming of the Hallmark Christmas movie in Hunstville.

No word on when that will be cleared, but as a result, an already congested downtown has become just a bit more complicated. Best advice is to take Lorne street north or south past Minerva and make your adjusted route from there.

Tow trucks are on scene with some traffic getting by and the intersection should be clear by 1:00 p.m.

We will update you once the blockage has been cleared.

Centre Street is blocked at Minerva with a collision.