District Provides Update On COVID-19 Outbreak At The Pines 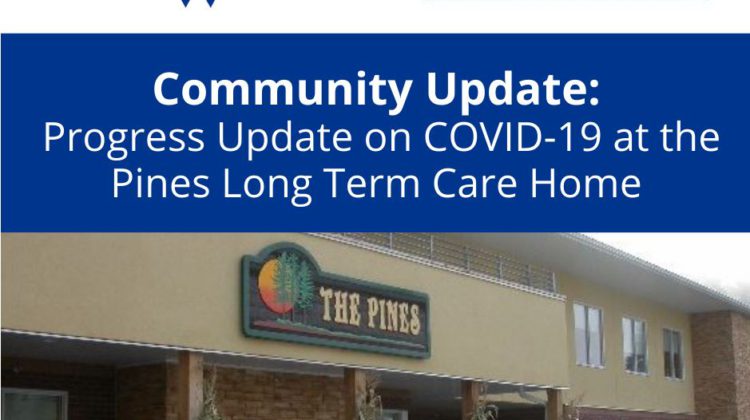 (Photo via District of Muskoka)

The outbreak at the Pines is still in effect.

The District of Muskoka says enhanced protocols for cleaning of high-touch areas and living areas continue.

Residents have been re-tested and schedule bi-weekly testing of all staff continues next to help with early detection of any spread of COVID-19 in the home.

149 tests have been completed so far for residents and 145 results have come back – all of which have been negative – while the other four tests remain outstanding.

The outbreak was eventually deemed resolved back on September 16.

Then on September 19, following the weekly testing of all staff, another employee tested positive leading to the home’s second outbreak in as many months.

That case is believed to have been caused by community transmission and not from the initial outbreak.

Then on September 25, another positive case was confirmed in a staff member.

According to SMDHU, community spread has sharply risen to numbers not seen since the spring.

They are asking the public to shrink their social circles as much as possible to those within their own household and to be cautious to reduce their exposure within the community.

For more information on how to help and take extra care, head to the District’s website.