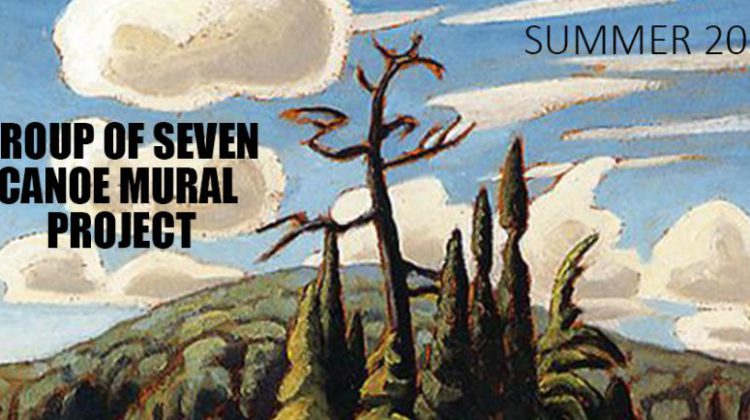 The Huntsville Festival of the Arts is seeking donations of canoes to celebrate the 100th anniversary of the formation of the Group of Seven Artists.

2020 marks the century-long anniversary, and the Festival is celebrating the occasion with a special art project set to take place in downtown Huntsville throughout the summer.

Local artist, Gerry Lantaigne, known for his work on the Group of 7 Outdoor Gallery, has been commissioned to create seven brand new murals – with each mural painted on the underside of a canoe and featuring the work of one of the seven members.

“We’re thrilled to be leading this project.” HFA Executive Director Dan Watson said. “The Group of Seven are so important to our community and Canada’s national identity. Not only will this project celebrate their legacy, but it will also bring some activity to downtown Huntsville during what is likely to be a quieter summer season.”

To make the project possible, the Festival is seeking donations of used canoes to be used for the murals.

The canoes do not have to be in working condition and will ideally be constructed of fibreglass or aluminum – though all types will be considered.

Depending on safety restrictions, the Festival says community members may have the opportunity to participate by adding their brush strokes to the pieces.

Once completed, the seven canoes will be displayed downtown temporarily as part of the outdoor gallery and will be included in 2021’s edition of Nuit Blanche North set for July 25th of next year.

Following this, the canoes will be auctioned off as part of the Algonquin Outfitters Paddle Art Auction in September 2021.

The project is made possible through the support of the Ontario Arts Council through its multi-arts funding stream as well as financial sponsorship from the Downtown Huntsville BIA.

Charitable tax receipts for the value of the canoe may be available.

Full details about the project will be coming soon on the Festival’s website.