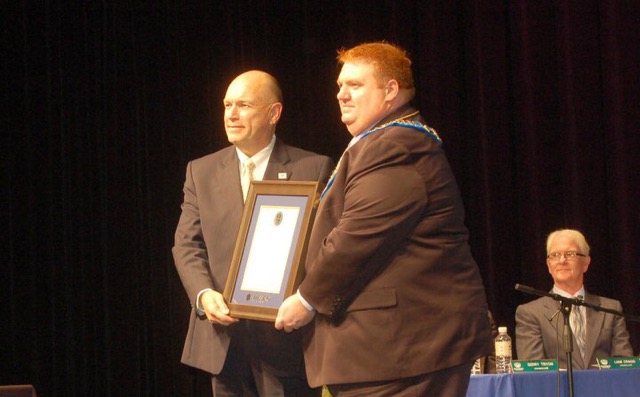 BRACEBRIDGE, ON – Members of the Bracebridge community are mourning the death of former Mayor Don Coates.

According to his obituary, Coates died suddenly at South Muskoka Memorial Hospital on Saturday.

“It’s with profound sadness that I share the passing of former Bracebridge Mayor Don Coates. He was a mentor and friend. Most importantly, he was a person who made a positive difference in the lives of many. To Helen, his family and friends my condolences. I will miss him greatly.”

Coates was mayor for one term between 2006 and 2010, winning almost 60 percent of the votes in the municipal election. He served the previous term on council.

Coates was 76 and leaves behind his wife Helen along with three daughters Julie Denyes, Sherri Breuker and Susie Hamley, two stepchildren Tammy Brazeau and John Silcox and sister Janice Boyes. Coates had 14 grandkids and was a great grandfather to three.

Coates’ life will be celebrated by friends and family at Reynolds Funeral Home with viewing services between 2 p.m. and 4 p.m. then another from 7 p.m. to 9 p.m. on December 30th.

The funeral will be at Pinegrove Fellowship Church on Saturday, January 11th at 1:30 p.m.