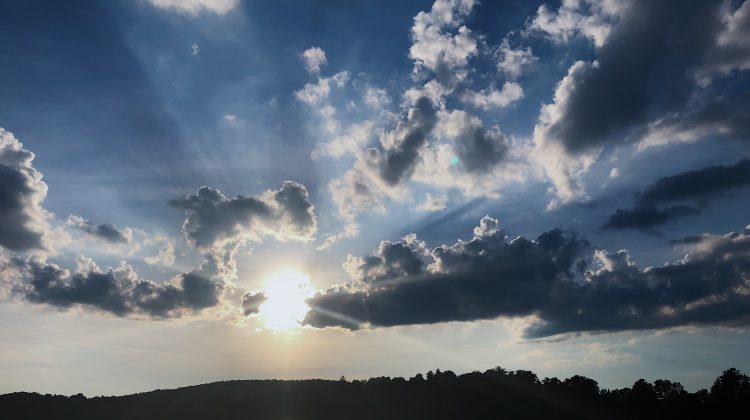 The late evening sun is shown on July 4th in Huntsville. Photo by James Wood/MyMuskokaNow.com staff

BURKS FALLS, ON- Though a frost warning was issued for the northern regions of cottage country this week, don’t expect the cold temperatures to stay.

Kimbell said the recent frost warning ran from Burks Falls through to Algonquin and Haliburton, though it would have been better to extend it through to the southern areas of cottage country due to near-freezing temperatures overnight.

He indicated that those same near-freezing temperatures are not here to stay. Kimbell told the MyMuskokaNow.com newsroom that the cold spell was an “aberration”, with warmer weather on the way as early as tomorrow.

He expected a low of 18 tomorrow night, with a high of 23 for Wednesday. Friday and Saturday should be warmer than normal, with “summerlike” tempuratures coming next week.

“The bad news is that we’re in September, that means temps are generally going to head downhill,” said Kimbell.

“There are always some hiccups in that general trend. We should see some warmer than average temperatures this week on Wednesday and next week as well, possibly even summer like this week.”

He expected that cottage closing time would come as normal around Thanksgiving, with snow falling in the northern edges of cottage country by November.