Not many sandbags dropped off so far in Bracebridge 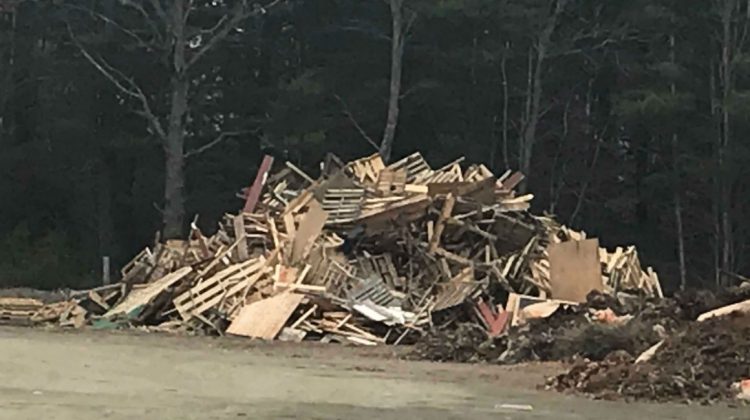 A view of some of the flood debris at the Rosewarne Transfer Station. (Doug Crosse - Vista Radio Photo)

Despite free vouchers for garbage drop-off following recent flooding, not as many people are taking advantage as first thought.

MyMuskokaNow.com visited the Rosewarne Transfer Station in Bracebridge on Sunday. Extra staff assigned to the gate said only five of the vouchers had been used by midday and no-one had dropped off sandbags.

The town had been seeking volunteers to work at drop-off locations for the expected thousands of sandbags that should be returned as flood waters drained.

Well over 50,000 sandbags in Bracebridge alone had been distributed in the past six weeks or so.

The staff member also pointed out that a lot of flood debris is coming in with some residents bringing in multiple loads from material that washed up in front of their property. Each trip to the transfer station is worth a minimum of $12. With water-logged materials, the cost to some homeowners is piling up.

The sandbags that have been in contact with flood water is considered a bio-hazard as there may have been septic overflow and fuel in the water, making it unsafe.

Authorities are telling people who are handling sandbags to wear gloves and wash their hands thoroughly once they are done.

The town employee did say they expect next weekend to be busy as the Victoria Day holiday will bring a lot of cottagers looking to do cleanup over the three days.