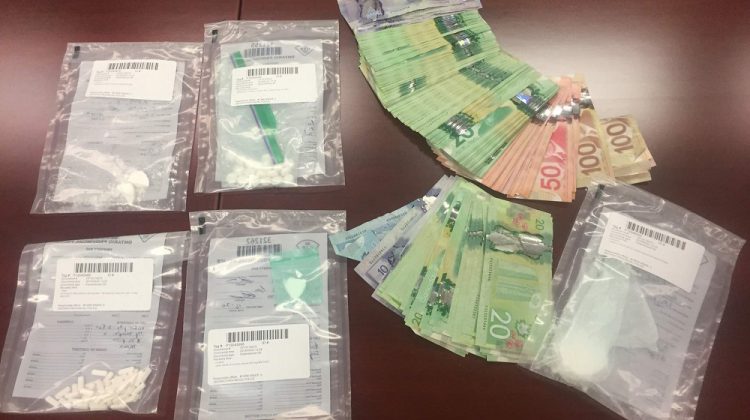 Drugs and cash seized in the arrest (Courtesy of OPP)

A Gravenhurst man is facing drug charges after he was pulled over by the Peterborough County OPP.

The OPP says an officer responded to a complaint about a possible impaired driver on Friday around 1:30pm on Highway 115.

The vehicle was located and police arrested the driver. Through the course of the investigation and with the assistance of both the Peterborough Community Street Crime Unit and the Central Region Emergency Response Team the OPP says a quantity of drugs and cash were found and seized.

Benjamin MacNab, 26-years-old, was arrested and charged with: