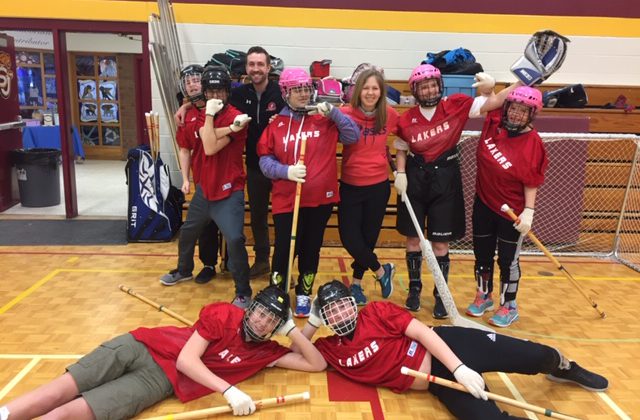 BMLSS students will be competing in hockey and soccer later this month in Toronto. May 5, 2019. (Photo courtesy of Chris Sellon)

Over a dozen local athletes are looking for the communities help to send them to compete in Toronto.

Students from Bracebridge and Muskoka Lakes Secondary School have been participating in the Special Olympics over the last year. Teacher Chris Sellon said 13 of them have qualified to play soccer and basketball at the Youth and World Games from May 14 to 17.

He added it costs roughly $1,000 a student to compete in Toronto so the school is holding a carwash to raise some funds.

“Our goal is to raise as much money as we possibly can,” Sellon said. “It is donation only so come on down and don’t feel pressured to give a certain amount. We would just love to wash your car and receive some funds.”

The teacher added food, on the other hand, will have a set cost so he asked anyone looking to eat to bring some change.

Sellon said he has been blown away by the volunteer support so far.

“We have other BML students joining as well along with staff and parents,” Sellon said. “We are expecting to see members of the Bracebridge Fire Department and hoping to see some of the police officers as well. It’s going to be a fun day in the sun.”

The teacher added it doesn’t matter how big or small the vehicles are. Volunteers are prepared for anything.

“Hey, even the military trucks can come down. We might need a bigger donation from them though,” Sellon said.

The carwash will be in the Canadian Tire parking lot in Bracebridge from 9 a.m. to 2 p.m. Saturday, May 4.