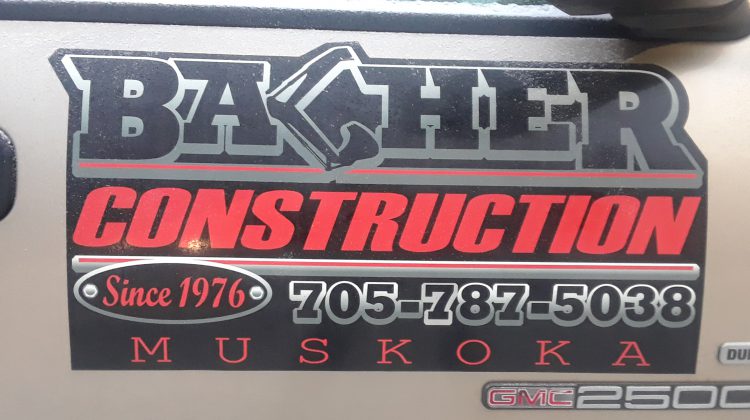 The company logo which may still be attached to some of the equipment stolen from a compound in Dorset. Photo provided by Huntsville OPP.

The OPP needs your help tracking down stolen contractor equipment.

Police in Huntsville were called after a truck, trailer and excavator were all stolen from a compound in the Dorset area early Monday morning.

Bacher Construction had originally reached out through social media offering to avoid laying charges if the equipment was promptly returned.