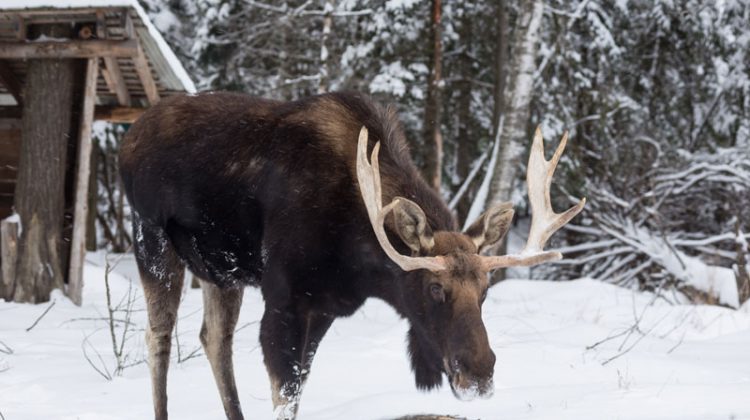 That is the opinion of one hunting outfitter who feels the government moose tag allocation is not an even way to give all hunters a chance at bagging a big bull.

Paul Girard owns Magman Outfitters in Gravenhurst and he is happy to hear the government of Ontario is looking at revamping the hunting tag system.

A press release says in part that the Ministry of Natural Resources and Forestry is “working to make the moose draw fairer, more accessible and simpler for hunters by updating its approach to managing moose.”

Girard says it is long overdue.

“If you received an adult tag last year you are automatically in pool two,” he explains. What he is railing against specifically is how a hunter must then pay $57 for a tag application even though the pool he is in has zero chance of winning a tag that year.

“So theoretically you are not supposed to get a tag, but you do have to reapply and spend your money to get back into pool one in the second year,” Girard says.

He says the group application is another route that hunters take. It requires syndicates of hunters to apply individually for a license under a group application. These tend to be more successful, but out of a large party, as soon as someone bags a moose, the hunt can be over.

“We appreciate the feedback and perspectives shared by hunters and stakeholders, and I encourage them to continue contributing to the discussion on moose management approaches,” said JohnYakabuski, Minister of Natural Resources and Forestry.

A system Girard would be in favour of is an applicant getting more chances in the lottery for each year they apply and don’t win a tag. He cites the example of a friend who has not gotten a tag in 12 years. In Girard’s system, in year thirteen, his friend would have 12 tag applications in the pool, weighting a successful application over time to their advantage.

The government is intending to work with an advisory committee that will review how tag quotas are developed, how hunters apply for tags and the current allocation process.