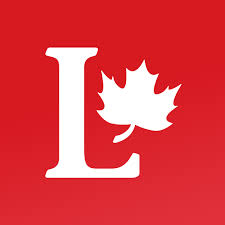 The Parry Sound-Muskoka Federal Liberal Association is putting out the call for the riding’s most talented and hardworking Liberal Party candidate.

The Federal Liberal Party is looking for a progressive-minded individual ready and eager to represent Parry Sound-Muskoka in Ottawa or a recommendation of someone else who fits the bill.
As part of the Liberal Party of Canada’s open and transparent process, they want to hear from people like you.

They said that they are particularly interested in hearing from potential candidates who are women, indigenous people and visible minorities.

“I think there has been very much an effort on behalf of the Liberal Party to encourage women and minorities to participate in politics and get a cross-section of our community, and not just Parry Sound/ Muskoka but also across the nation to be participating. Our particular region has at least five or six indigenous communities in it and quite often, they have not participated in the Federal political process. We’re opening those doors up and making sure that people from around our entire community are aware that there is a need within Federal politics to have a nice balanced parliament. We’re here to try to facilitate that, “ said John Duck, President of the Parry Sound Muskoka Federal Liberal Association.