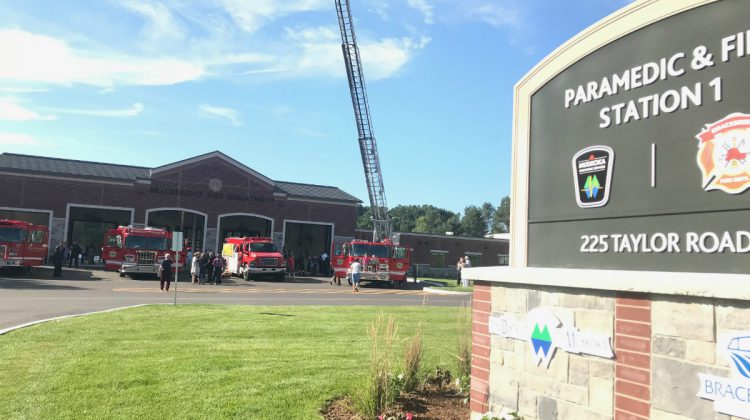 It was not a fire drill. 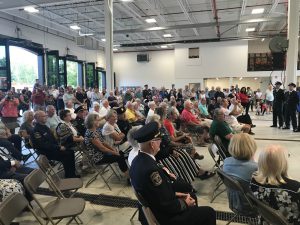 It was a full house at the new Paramedic and Fire Station Number 1 Official Opening. (Doug Crosse Photo)

Nearly 200 dignitaries and visitors crammed the new Fire and Paramedic Station Number 1 in Bracebridge on Thursday afternoon to officially open the new facility. All levels of government were represented and the full complement of fire and ambulance equipment was on display for the public to see.

The dual-use station is the result of the Town of Bracebridge and the District of Muskoka combining resources to create the facility at 225 Taylor Road. Previously the fire and paramedic stations were at different locations in Bracebridge.

District of Muskoka Chief Administrative Officer Michael Duben’s opening remarks touted the impressiveness of the 30,000 square foot hall that for the first time puts paramedic and fire services under one roof.

Duben joked how impressed he was that the whole thing “cost only $8,000 and came in on time and under budget.” In actual fact, the multi-use building comes with a $7.4 million dollar price tag. He went on to commend both services for coming together to share a facility.

Mayor Graydon Smith commented that this is “one of those half-century occasions” adding it was a project many decades in the making.

The colour guard then led the crowd outside to the front entrance of the paramedic section for a ceremonial flag raising and ringing of the decades-old fire bell to officially mark the new facility open.