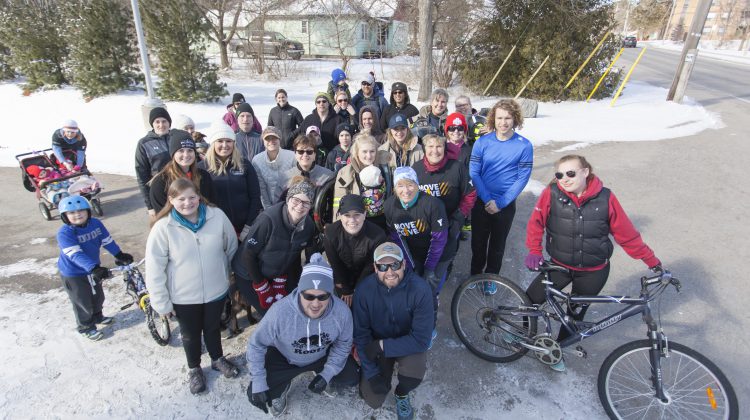 Participants to Move to Give at the Gravenhurst YMCA. Supplied by the YMCA Simcoe/Muskoka.

YMCA’s annual Move to Give fundraiser has exceeded expectations. The goal was to raise $100,000 for community programming, but the grand total was $137,000 across Simcoe/Muskoka. The YMCA says more than 1,650 people raised money to support the charity.

Vice President, Philanthropy, Brand and Community Development, YMCA of Simcoe/Muskoka, Brian Shelley, says the money raised will go into allowing the Y to provide access to everyone who can’t afford its programs so a healthy lifestyle is accessible to all.

Shelley says the YMCA provides over $1 million of financial assistance every year, so this fundraiser is over 13 per cent of what the charity needs to raise each year. He says this is the fourth year of Move to Give, and it’s grown in popularity and community support.

He says it was great to make it a fully inclusive community event.

Move to Give happened on April 7th in Simcoe, Muskoka and Parry Sound. Participants ran, biked, swam and more to raise money for the YMCA.