Huntsville youngest curlers throwing rocks for a spot at the Tankard 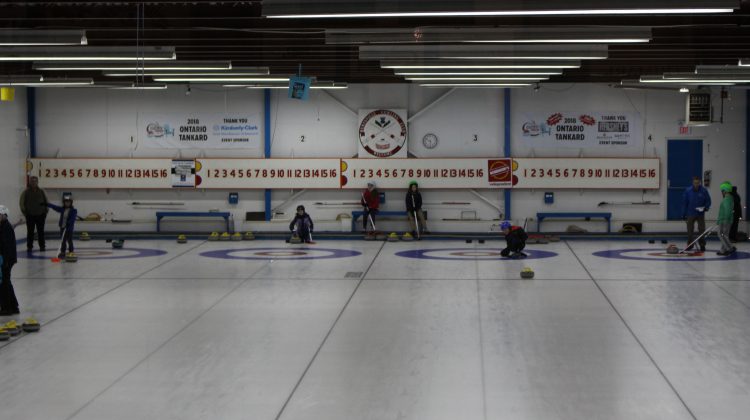 Hit, draw or tap for a chance to take on the best in Ontario. That’s the mission for curlers aged nine to 13 in Huntsville, as the young athletes compete in a skills test for a chance to play in February’s Tankard. Three different age groups are taking part in the competition; six to eight, nine to 10, and 11 to 13. Youth Program and Club Coordinator, Kristen Hamilton, says the kids get five shots at a hit, a draw and a tap and points are awarded based on skill.

A hit is where a curler has to throw a rock and gently hit another rock set up in the house, while also leaving their rock in the house. A draw is where the kids throw a rock and aim to get it as close to the button, or centre of the rings, as possible. Finally, a tap is where a stone is set up at the top of the rings, and the curler has to throw their rock to tap it so it slides back to the button.

Hamilton says some kids took part in the skills competition this week, and a few more will try their hand next week. After that, she says awards will be handed out to the top three curlers in each category and their scores will be entered online to see how they stack up against the rest of the province.

It’s too early to tell if any Huntsville curlers will make it on to the Tankard, but Hamilton says the scores are starting to slide in.

The Tankard is running from January 31st to February 4th at the Canada Summit Centre.