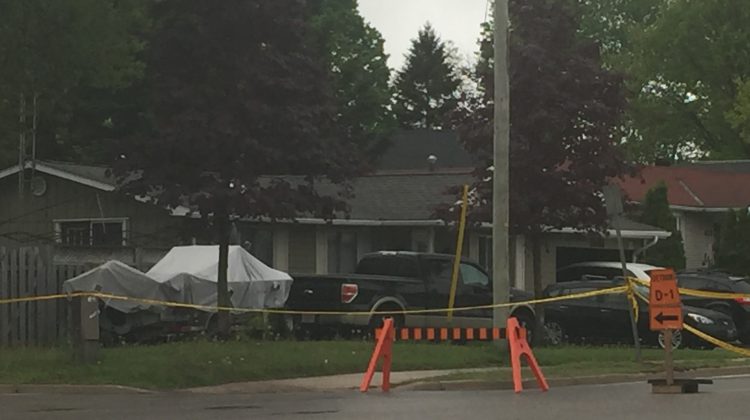 A Bracebridge man will stay in jail facing first degree murder charges.  67-year old Bryan Boland was in Bracebridge court this afternoon rarely looking up from the floor of the prisoner’s box.  Boland’s next court date is June 27th.  During the court proceedings the judge lifted a publication ban put in place over the weekend.  Police were called to a home on Wellington Street Friday night and found a 64-year old woman on the ground.  Attempts to save her were unsuccessful.   Witnesses reported to Moose FM that night they heard gun shots in the area.