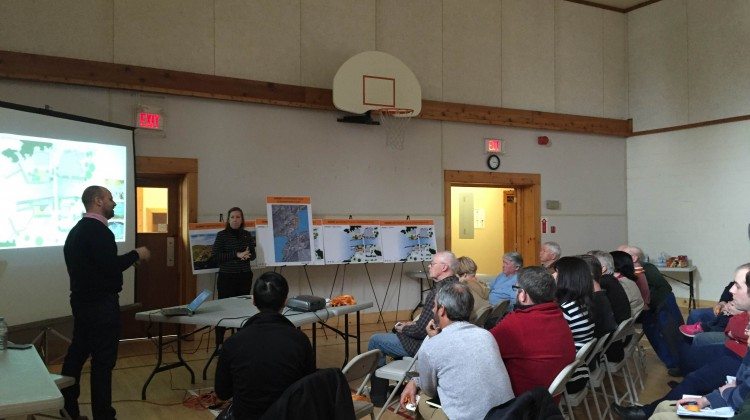 It was a packed house for the Dorset Waterfront Plan and Downtown Study draft presentation.

Yesterday the public was invited to two open meetings regarding a draft outlook of the plan for the area. During the afternoon meeting, some local residents expressed they weren’t on board with any of the plans presented.

Consultant with the project Peter Thoma says the feedback was a good thing.

Many residents believe the project will be complete soon, which Thoma claims isn’t the case.

The three options presented ranged from slight modifications to major improvements. After presenting all three models, residents were able to vote on which one they liked the most.

Though there was a mixed response, Thoma says they will still consider all of the input for their first upcoming report.

Representatives with the Township of Lake of Bays, Algonquin Highlands, and the S.S. Bigwin were also in attendance.