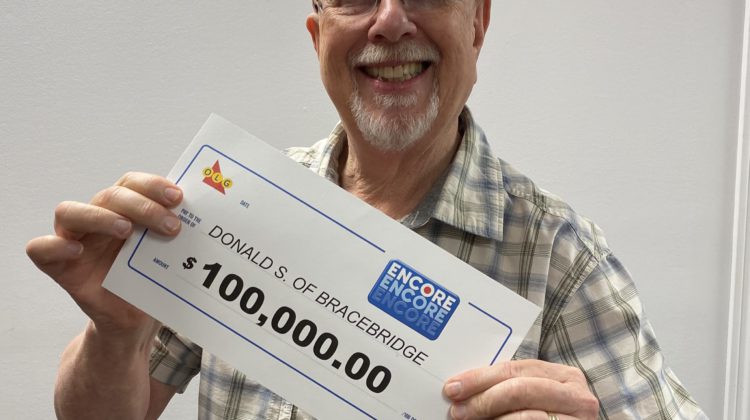 Councillor Don Smith of Bracebridge has won $100,000 in the lottery.

The Town of Bracebridge and District of Muskoka Councillor matched six of seven numbers in a Lotto 6/49 Encore draw. Smith bought the winning ticket in June at the Circle K on Manitoba Street in Bracebridge.

“[I have] no particular plans at the moment,” says Smith. “Want to be able to help family out with a few things, but other than that, we’ll be saving for our retirement.”

Smith adds that he doesn’t plan to quit council anytime soon, as he still “very much enjoys working with the people of Bracebridge.”