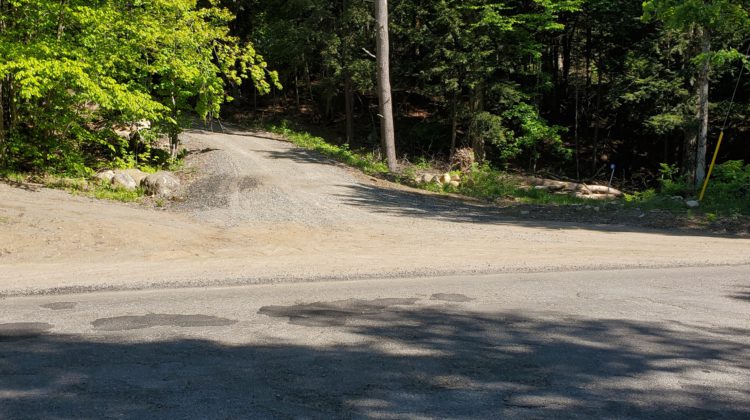 A gravel road off Williamsport Rd. in Huntsville (Photo taken by Martin Halek)

Road construction season in Huntsville is starting a month ahead of schedule.

It begins with the resurfacing of gravel roads with a layer of calcium, according to Huntsville Director of Operations and Protective Services Steve Hernen.

“Now that the gravel roads have been graded twice and are ready for summer traffic, we put a layer of calcium down which keeps the dust down and creates a harder surface for driving,” says Hernen. “We’re usually not in a position to start that until the end of June, 1st of July, because we have cleaning up from winter and getting the roads graded, but with the warm weather this spring and everything being a month early we’re ready to go now and we started the operations now.”

The Town is also brushing roads, which Hernen says is the first step in preparing roads to be rebuilt. Residents can expect to see brushing crews in Williamsport over the next few weeks, as well as around Harp Lake.

“We’re starting all our road construction projects, so you’re going to see roadside mowing, roadside ditching, resurfacing,” says Hernen. “It’s construction season, we just ask people to pay attention to the signs and slow down when they’re in construction zones. We’ve got people on the roads, and we just ask you to slow down and take some caution and care around them.”

Hernen says that Huntsville’s gravel roads will likely be fully resurfaced within the next two weeks.