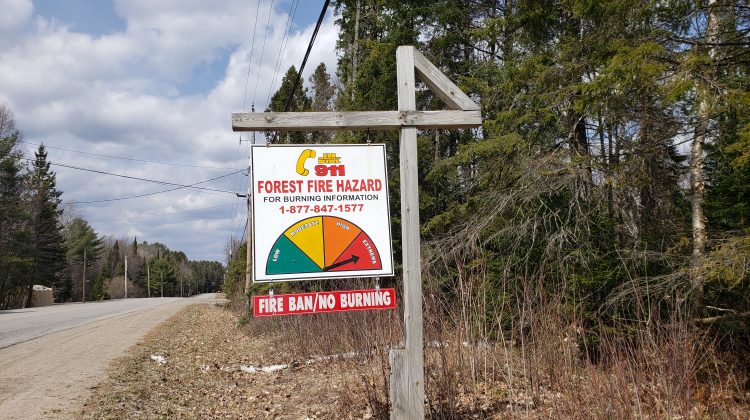 No fires of any kind are allowed in Muskoka as the District is now under a total fire ban.

The fire danger rating has been set to extreme because of a lack of rain and extremely dry conditions, according to the Muskoka Association of Fire Chiefs.

“We noticed that over the weekend there was at least one [wildfire] that we were dealing with where the fire was actually burning a little more, a deeper burn, and it was involving more fuels, which indicates a higher danger for fires to get out of control in the woods,” says Huntsville Fire Chief Rob Collins.

No fires of any kind are allowed, and fireworks are forbidden.

“There’s no burning of any kind allowed under the ban, so even campfires at night, no burning of brush, none of that, it’s a total burn ban,” says Collins. “It will stay in effect until we get a considerable amount of rain or the weather changes to cooler or more humid weather.”