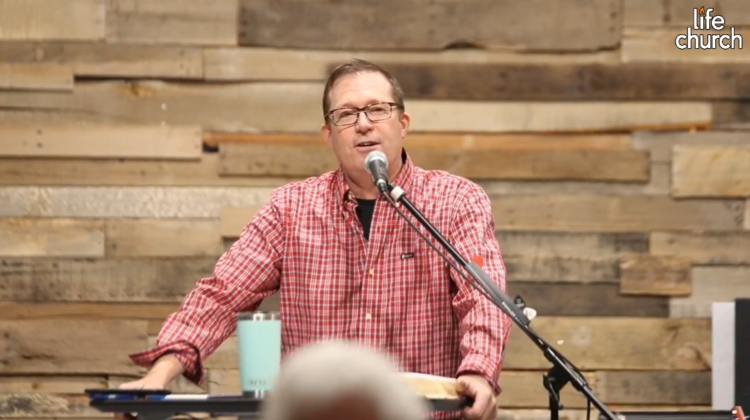 The pastor of Life Church Muskoka was fined $750 on April 18th for holding a “large” church gathering, but in a statement posted to Facebook, church officials are denying any wrongdoing.

“Unfortunately, OPP officers who were apparently responding to a complaint when they interrupted our service last Sunday, April 18, were not correct in their belief that only 10 people were permitted to gather for an indoor religious service on that day,” the statement reads.

A news release from the provincial government dated April 16th says that weddings, funerals, and religious services, rites or ceremonies would be limited to 10 people indoors and outdoors as of April 19th.

The measures that were implemented on April 3rd saw the capacity for the aforementioned gatherings limited to 15-percent of the building’s capacity, but masks were still required as was physical distancing. Constable Samantha Bigley with the Bracebridge OPP told the MyMuskokaNow.com newsroom on April 19th, masks were not being worn when officers arrived, and physical distancing requirements were not being followed.

Bigley said that officers gave the attendees and the pastor “multiple opportunities” to disperse, but when no one did, a fine was issued to the pastor.

The offence fell under order 10(1) of the Reopening Ontario Act, which states, “a person is guilty of an offence if the person hosts or organizes a public event or other gathering at residential premises or other prescribed premises and the number of people in attendance exceeds the number permitted.”

“The police also didn’t seem to understand section 176(2) of the Criminal Code of Canada, which prohibits the interruption of a religious service, when they barged into our building, frightened our children, and told everyone to leave – particularly when it was a legal gathering,” the statement from the church continues. “Additionally, Life Church Muskoka notes that freedom of religion is such a fundamental right in this country that it is listed first in our Charter of Rights and Freedoms. It is not to be infringed by the state, except where demonstrably justified in a free and democratic society. Accordingly, the heavy-handed approach of the police that day was inappropriate at a minimum.”

In the release, it’s stated that church officials understand the difficult job the police have and respect the work they do in the community. “Our intention as a local church is to cooperate and work within the law without unreasonably compromising our biblical and Charter freedoms.”

The statement ends with the church saying “wrong information, misunderstanding, and ignorance” led to what happened on the 18th. “In the spirit of humility, reconciliation and honour it is our desire to work at restoring the trust and confidence in our local OPP detachment that was severely damaged last Sunday,” the statement finishes.